How to Be Traveling to Shimla | Travel tips & Information

All You Need to Know About Rangamati, Bangladesh 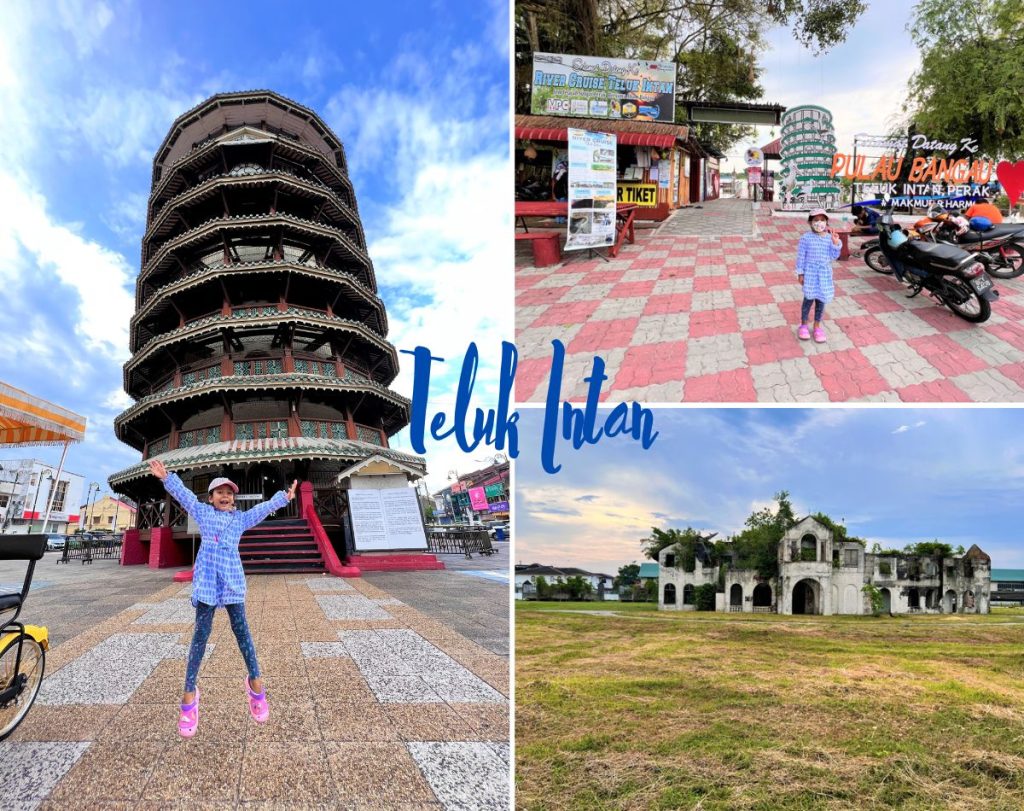 WHAT IS COVERED IN THIS ARTICLE?

I always love day trips because within a single day I cover so many things that I couldn’t do on a regular basis. As if I get some super energy on the trip day. This time it was Teluk Intan, a small town in Perak.

Honestly, I was also unaware of its history and beauty, then I read some travel blogs and thought Teluk Intan is suitable for my next day trip destination.

Then what! I just opted for the Teluk Intan day trip with an old friend who has come to Malaysia to visit me. And I am glad that I brought him with me and had so much fun together. More picture on instagram

Now, this article will surely help you to plan your day trip to Teluk Intan.

Teluk Intan is a food haven. You will find restaurants at every corner. But finding a Halal restaurant in this city is quite challenging. After a little research on Google, finally, I found a Pork-free restaurant where we can have our breakfast.

M. Gulam  Rasul Nasi Kandar is that Halal Certified restaurant where we started our day trip and had breakfast. As Teluk Intan is nearly two hours of driving from Shah Alam, we have started our journey early in the morning without having breakfast so that we could cover the maximum of this city’s beauty and wonders.

That’s why the first thing that we have done after reaching Teluk Intan is to have breakfast. This restaurant is quite famous for selling one of the best Nasi Kandar. And this dish tastes more delicious with fried chicken.

Apart from this, you can try biryani rice and pickled cucumber. All dishes are very reasonable here.

Though this tower is not as famous and tall as the leaning tower of Pisa, still it attracts tourists’ curiosity via its distinct incline.

The design of the tower is quite interesting. It looks like an 8-storey building from the outside but it’s actually a 3-storey building. Designer Mr Leong Choon Cheong has intentionally built this tower like a Chinese pagoda.

The best part is that this 25.5 metres tall tower is located in the center of the city. That’s why it is easily visible and accessible.

In Teluk Intan, you will find many British period heritage buildings and the Old Court House is one of them. This building was built in 1880 as a court house but on Sundays, it was also used as a Church.

Now the Old Court House is maintained by the Army and used as a tourist attraction.

Another heritage building is located just the opposite corner of the Old Court House, which is the Old HSBC Bank Building. This bank opened shortly after World War II, and since then its exterior design has remained unchanged.

Just next to the HSBC Bank Building, you will find another example of a British administration building and that is the Old Post Office. It is one of the oldest buildings in Teluk Intan and it was built before World War I.

So within this area, you can visit so many heritage buildings and take pictures of them.

One of the most significant attractions in Teluk Intan is the War Memorial Stone. It is situated in the centre of the town. This stone is here to remember all those people who have sacrificed their lives for this country.

There is a myth about the stone that it was placed here by a British soldier and at that time this stone was small like a matchbox. And with time the stone grew up and took the present shape.

St. Luke’s Church is another British period building and one of the famous tourist attractions in Teluk Intan. It’s an Anglican church that was built in 1912.

The architecture of the church gives it an elegant look which is designed with red bricks and wooden pitched roofs. Moreover, the bell of this church was brought from England.

Though the church is not so big, only 60 people can accommodate at a time, still, it’s worthwhile to visit if you want some pictures for your Instagram.

Chinese culture and temples are always fascinating to watch because of their beautiful architecture and design. Hock Soon Keong is such a temple that is located in Teluk Intan. Besides the Leaning Tower, this temple is another must-visit attraction of Teluk Intan.

The temple was built in 1883 to serve as the center point of a large group of the Hokkien community. Till today, many Chinese believers come here to take blessings.

The most distinguished part of this temple is its elegantly designed entrance and unturned eaves that are placed on the temple roof.

Just opposite the Hock Soon Keong temple, there is a madrasah called Madrasah Al Ihsaniah. It shows the true religious harmony between Chinese believers and Muslims.

Built-in 1901, it is the first modern madrasah in Teluk Intan as well as in Perak. This madrasah was built to teach students religious studies, Arabic, and Bahasa Melayu.

Another religious attraction in Teluk Intan is the Church of St. Anthony. It’s a Roman Catholic parish church with peaceful and authentic architecture.

On February 2, 1913, the first foundation stone was placed by Bishop Barillon. Then in 1923, the church opened its gate for believers and visitors.

There is a convent school just next to the church. If you want to interact with the locals, you should visit the church on Sunday.

Nagarathaar Sri Thendayuthapani Temple is a place to watch the beauty of the Hindu religion. The architectural design of this temple is astonishing.

This temple is more popular for hosting the famous Chitra Pornami festival every year in April.

Rojak is a famous dish in Teluk Intan and I always wanted to try this dish. Finally, I got a chance to have it in a popular restaurant called Rojak Ah Chai.

Rojak is a dish that comes with fruit salad, crunchy fried crackers, crushed peanuts, and sesame which is used on the top of it. This dish is available in many restaurants. But I chose the Rojak Ah Chai restaurant because they serve the dish with a special sauce that is made by themselves.

I don’t know how many of you will choose this dish as lunch but I am sure that you will love this yummy Rojak.

Another heritage building in Teluk Intan is Istana Raja Muda (Lama). You probably heard about this palace in the news just a couple of months ago.

It’s a royal palace, built-in 1922 and used to be the official residence of the Raja Muda of Perak.

In the last year 2021, the government of Perak wanted to sell this heritage building but in the face of public protest, the government had to rethink the decision of selling it.

This year, the government has decided not to sell the Istana Raja Muda. It made a buzz all over the news and the palace became more famous than before.

The River Front view in Teluk Intan is mesmerising, especially when the sun is setting. Before starting the Firefly Marvels Cruise I got a chance to spend some time on the riverfront and enjoy the sunset. And the view is so fascinating that I recommend you must not miss it.

The Firefly Marvels Cruise gives Safari experience to its visitors and an astonishing view of Teluk Intan that you have never seen before. And when the sun goes down, hundreds of golden fireflies come along the riverbank which creates a divine atmosphere.

Apart from this, you will see countless incredible water birds here. The Firefly Marvels Cruise is the best way to get close to nature.

While visiting the riverfront and going on a river cruise, why not try some seafood? That is the question that hit on my mind and then what, I opt for a seafood restaurant.

Poh Loong Seafood Restaurant is one of the most popular seafood restaurants in Teluk Intan. Many of my friends have recommended it as their food items are delicious and available at a reasonable price.

And yes, I made the right choice. All their seafood dishes are so good, especially their signature butter crab, mochi, and taufu. Besides these items, you can also try dry chilli chicken with cashew nuts.

After having seafood, I drove my car back to Shah Alam with a satisfying feeling. It was a really amazing day trip which I never thought I could have in this small city, Teluk Intan.

So if you’re thinking Leaning Tower is the only attraction in Teluk Intan and there is nothing special to do, then hey.. it’s time to visit this city from a new point of view.

The Best 18 Things to Do in Hulu Langat, Selangor

Top 20 Things to Do in Tioman Island, Malaysia & Places to Explore

The 20 Best Places to Visit in Munich, Germany- Visit the Millionendorf of Germany

What about Munich makes it such a majestic and magical place to visit in Germany?…